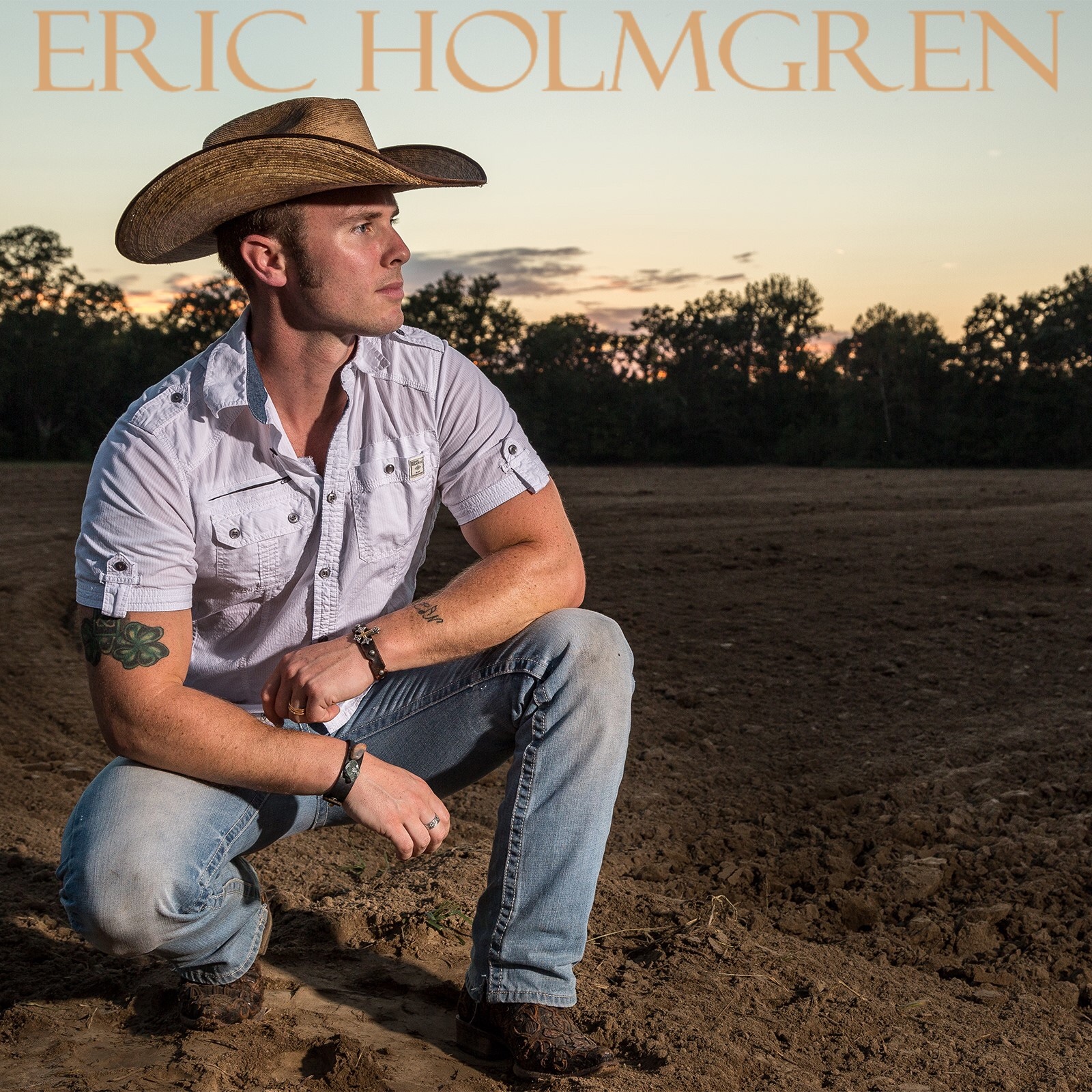 Eric Holmgren
Eric Holmgren was born in the two stop light, map-dot town of Orange, MA.  Growing up in a rural area turned Eric onto music early on when he received his first guitar at the age of just 6 years old, a Christmas present, that would turn out to be the tool that tought him he had a gift for singing and performing in front of an audience.  Eric grew up listening to music from John Denver from his parents, Garth Brooks, Brooks n Dunn, and a big influence in 80’s rock.  He will be the first to tell you he was a big fan of Brian Adams and the 80’s Hair bands and still is.
Much like George Strait, Eric also started his first band out as a rock act, but found himself gravitating toward the likes of country music when he started working in a waste oil shop that listened to nothing but, per the bosses' request.  This would prove to be the staple and starting point for a drive Eric just couldn't ignore.   “It was the stories in every song,” he will tell you, “that brought me to know this was the direction to go."

As the years rolled on, Eric realized he wanted this for more than just a hobby and knew there was only one option in mind.  After Graduating from college, he set out to follow his true passion and prove to everyone that he was in fact made for this life.  He packed all his things and drove to Nashville never even seeing the state of Tennessee but knowing that's where the dream would be and where he needed to be.  Since moving to Nashville, Eric has been working on his craft with other song writers and playing in every honky tonk that he can, including the recently named by Billboard Magazine number one honky tonk in Nashville, AJ’s Good Time Bar, as his home base.  Eric has been working on his technique and trying to create his own sound, but not falling too far from that Traditional country sound that has influenced him. Eric has worked with techniques derived from top professors at the New England Conservatory and pushed himself with the help of these connections to work thousands of hours on honing his skills to the level they are today.
Over the years in Nashville, Eric has built up his reputation to working with major acts, opening for names such as Merle Haggard, Wade Hayes, and others. Eric’s powerful voice and songs draws in the crowd which evolves into a high energy show. He has written songs with major player writers such as Tony Stamply, Bart Allmand, Buddy Owens, and many more. Eric has  shared the stage with major industry names like 80s Pop Star Tiffany,  TV show Nashville's Claire Bowen, members of the group Little Texas, and more. With the mentoring help and friendships from unforgettable names like Little Richard, Donna Douglas, and Tiffany, it’s no surprise Eric is making name for himself in the music capital of the world.

Eric, now linked up  with an industry hit producer, has finished an EP and is now on the road promoting to fans or what he likes to call his “country music friends” his new and best work yet. Though it may seem like so much is already happening in this young artist life, it’s all just beginning, and you are just seeing the start of it. Don't miss your chance to check out Eric when you're in the Nashville area at AJ’s Good Time Bar, and catch what will sure to be one of the best shows you’ve seen to date.