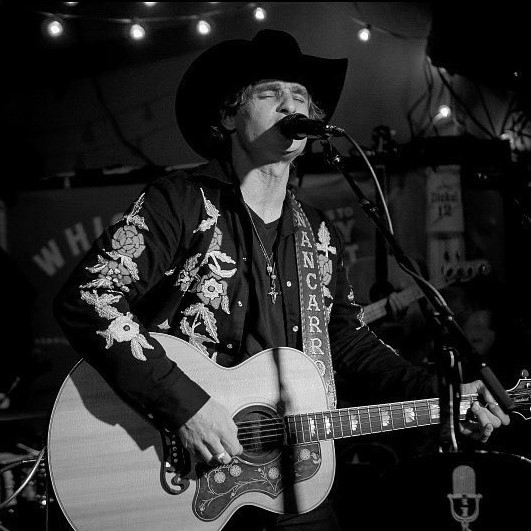 Nancarrow was born and raised on a small farm in Southern California. He grew up playing baseball, surfing and fronting Punk Rock bands. After Nancarrow’s 2012 debut country album received a nod at SD Music Awards, the band signed to a label in 2013. They were nominated in the SDMA’s for the Heart EP and for their follow-up, full-length Simple Things. The band independently released their 4th album, Hot Chicken in 2017. It was recorded in Nashville, TN with Vance Powell, who inspired the song “The Hot Chicken Consequence”.

Nancarrow has shared the stage with John Fogerty, Chris Young, Billy Currington, Chris Stapleton, Midland, and many others. His loyal audience follows him at numerous national music festivals including KAABOO, Stagecoach and most recently, Colorado, Arkansas and California.

Graham Nancarrow resides in Nashville where he continues to write and record music with his friends. His performances are high energy and interactive, whether there is one person in the crowd, or 10,000. Last year he released 10 songs with his band The GD Saints. CMT recently featured a song he wrote & recorded with Tera Lynne & John Bohlinger called “I Understand (I Will Never Understand)” His song “You’re The Reason I Drink” is played on SiriusXM Outlaw Country.

Nancarrow is currently touring and working on new music.

CA Raised on an organic farm, off a dirt road, about 5 miles from the beach, as the Gull flies. Nancarrow now lives in Nashville, TN and continues to write and record songs. Check out Nancarrow on your favorite music platform, as well as Graham Nancarrow and the GD Saints.