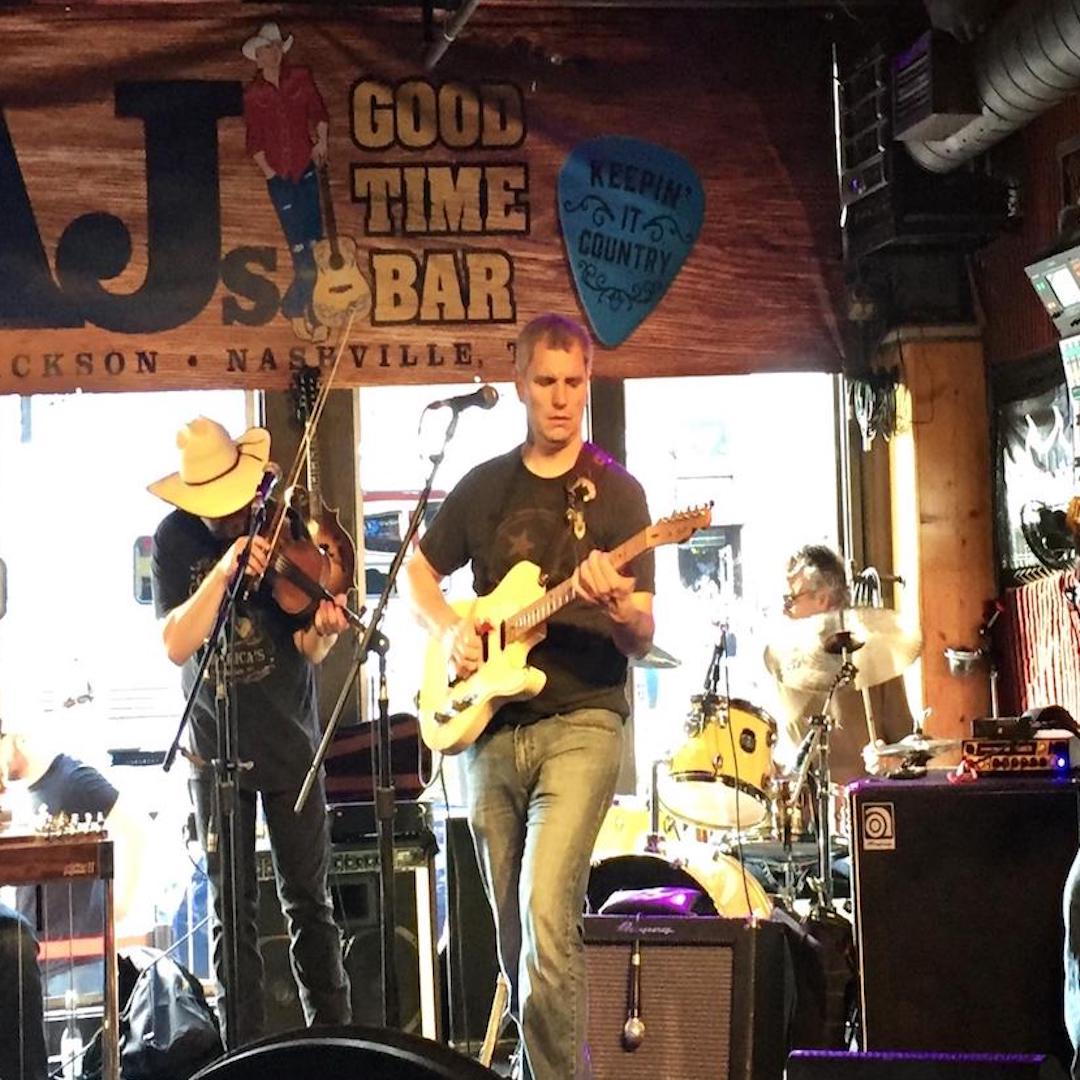 Rodney Griffin
Raised in Anderson, South Carolina, Rodney Griffin didn't always know that he wanted to play music for a living. Griffin received his first guitar as a gift when he was about 10 years old. However, it wasn't until he was finishing school at Clemson University that he really got into playing. After graduation, Griffin worked as a civil engineer while playing gigs around town at night. It was then that he began to strive to learn everything he could about playing guitar.

Griffin moved to Nashville in 2001 when Broadway looked a lot different than it does today. Griffin would come down to Broadway every night to listen, learn, and hope for the chance to fill in when someone needed a break.

Persistence has paid off for Griffin, as he has now been making a living from playing downtown for over 19 years. He has played shows with a number of artists including TG Sheppard, Stonewall Jackson and Glen Templeton. He has also had the privilege to open for artists such as Blake Shelton, Dierks Bentley, Luke Bryan, Little Big Town, Charlie Daniels Band, as well as several others.

Griffin says it is an honor to play with such great musicians every week here at AJ's Good Time Bar.