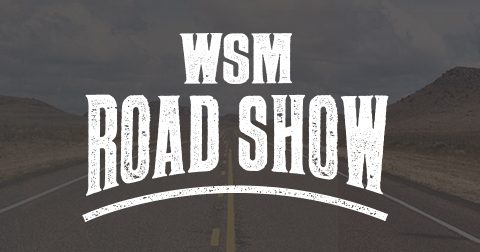 NASHVILLE, TN — 650 AM WSM, the radio home of the Grand Ole Opry, is pleased to announce the launch of the 2018 WSM Road Show, a live performance talent competition highlighting up and coming country music singer/songwriters. Presented by AJ’s Good Time Bar, which is owned by Grand Ole Opry member Alan Jackson in Nashville, Tennessee, the talent competition will award one grand-prize winner the opportunity to play the Grand Ole Opry in 2018 on the same evening Jackson makes an Opry appearance.

A two-hour matinee competition, the WSM Road Show will broadcast live on 650 AM WSM and WSMonline.com from 1-3 p.m. CT, from the stages of these historic Tennessee theaters:

The final round of the competition will take place on Saturday, March 24 from 1-3 p.m. CT at AJ’s Good Time Bar in Nashville, Tennessee.

“The WSM Road Show takes us back to a day when radio stations would visit outer lying areas and seek up and coming talent,” said Chris Kulick, WSM General Manager. “I am thrilled to give new country artists the opportunity to further their careers, and to be awarded the chance to play the Grand Ole Opry along with a legend like Alan Jackson is career-changing!”