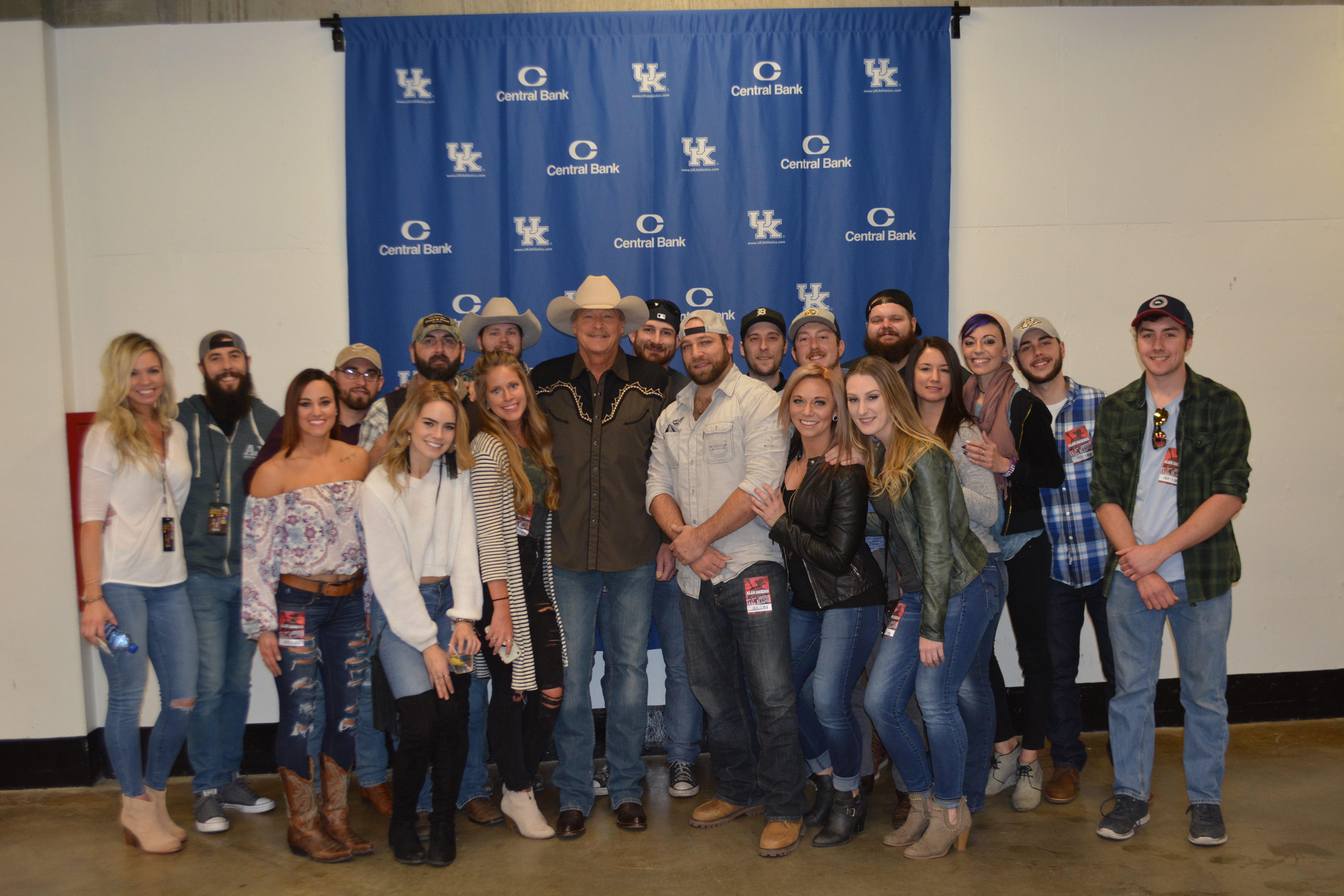 Boss.  Depending on who you speak to, the word can have many meanings with mixed emotions.  Some people get along with their boss and some, well, maybe not so much.  But ask any member of the staff at AJ’s Good Time Bar about their boss, Alan Jackson, and I guarantee they have nothing but fantastic words for him.  That's because Alan treated them all to a VIP, backstage experience for his January 19th concert at Rupp Arena in Lexington, Kentucky, his first show of the 2018 Honky Tonk Highway Tour.  "It was amazing!!" stated Trista Moreno, bartender at AJ’s.  "I’ve never been backstage to an arena concert, let alone one where my employer is the star of the show.  I’ll never forget it!"

AJ’s Good Time Bar, located at 421 Broadway on the famous "Honky Tonk Highway” in Nashville, TN, opened its 1st and 2nd floors in October 2016, and expanded in May of 2017 to include a 3rd floor karaoke bar and a rooftop patio.  "The past 15 months have been full of exciting changes while we’ve been getting to know Broadway and our surroundings a little better," remarks Matt Harville, General Manager of AJ's.  "We’ve all been so focused on providing a 'Good Time' to our patrons, and have definitely been ready to have one ourselves.  We can’t thank Alan enough for this experience!"

The "bar crew," as Alan refers to them, started off their journey in Nashville, being picked up by a limo bus, and ventured their way to Lexington, where they arrived backstage along side of Alan Jackson’s personal touring bus.  Their evening meal was provided by the venue’s catering, and immediately after they made their way into Alan’s green room for some pre-show cocktails.  Lauren Alaina, the bill’s opening act, hit the stage shortly after 7:00pm.  During her song "Next Boyfriend," she pulled AJ’s karaoke host, Joe Raglan, up on stage to dance with her.  "My life is made!" Joe exclaimed of his experience.

Between sets, Alan made arrangements to meet with the staff before taking the stage to headline the show.  He, along with wife Denise, came out to shake hands and chat briefly with each one of them, expressing his gratitude for their dedication to his vision on Broadway and letting them know he was extremely proud of their efforts.  They all gathered for a group photo before he took the stage to a sold-out crowd.  Alan even mentioned to the audience during his set that his bar staff was in attendance for the concert that evening. 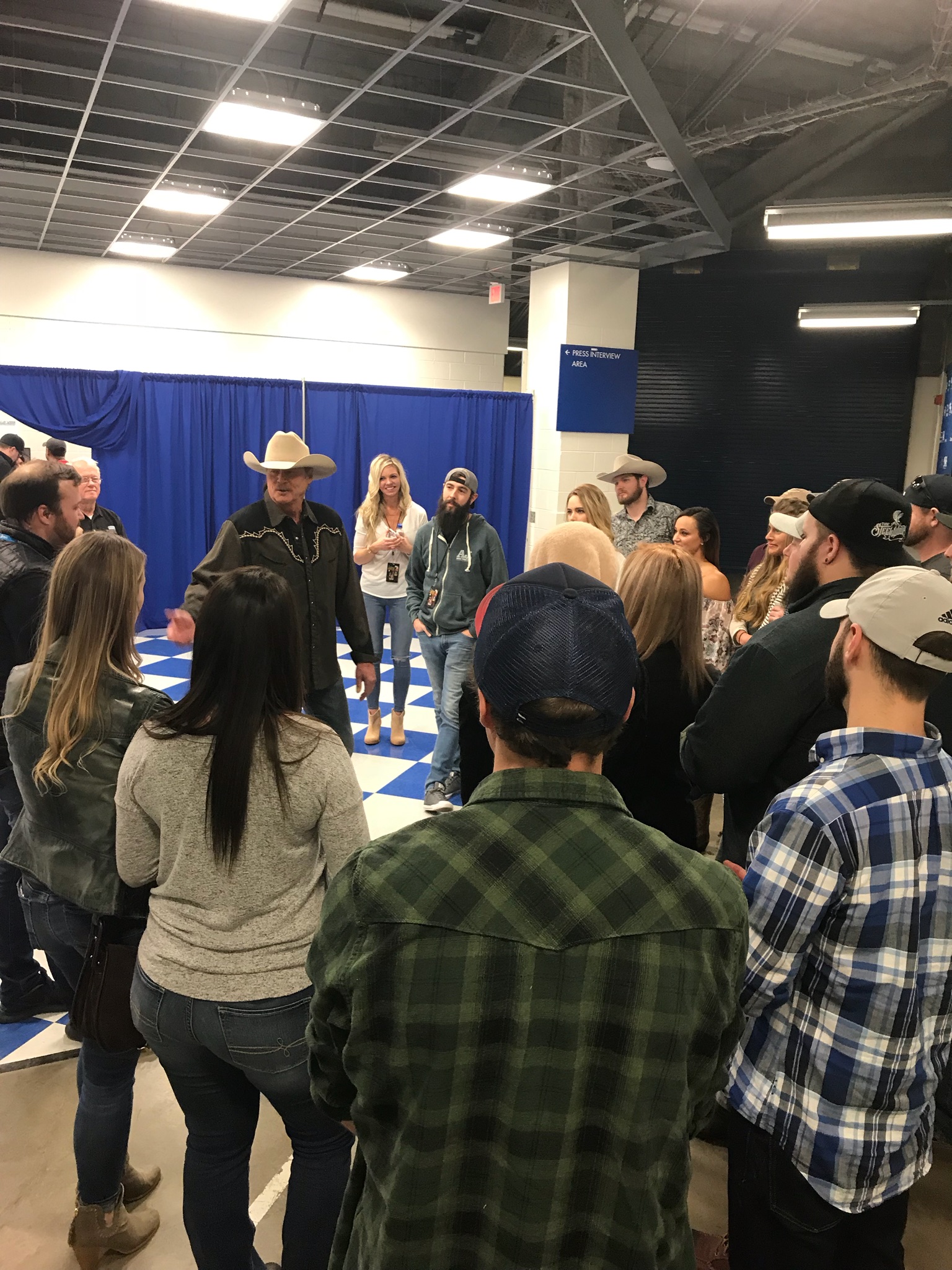 "To see Alan on stage playing real country music and to know you are helping him keep that idea alive on Lower Broadway is truly humbling," adds Harville as he stepped off the bus back in Nashville.  "He’s an icon, and even more-so an incredible person to work for.  I’m so thankful for our boss and for our staff to be able to see him up close in his element, doing what has essentially provided each of us with this wonderful employment opportunity!"