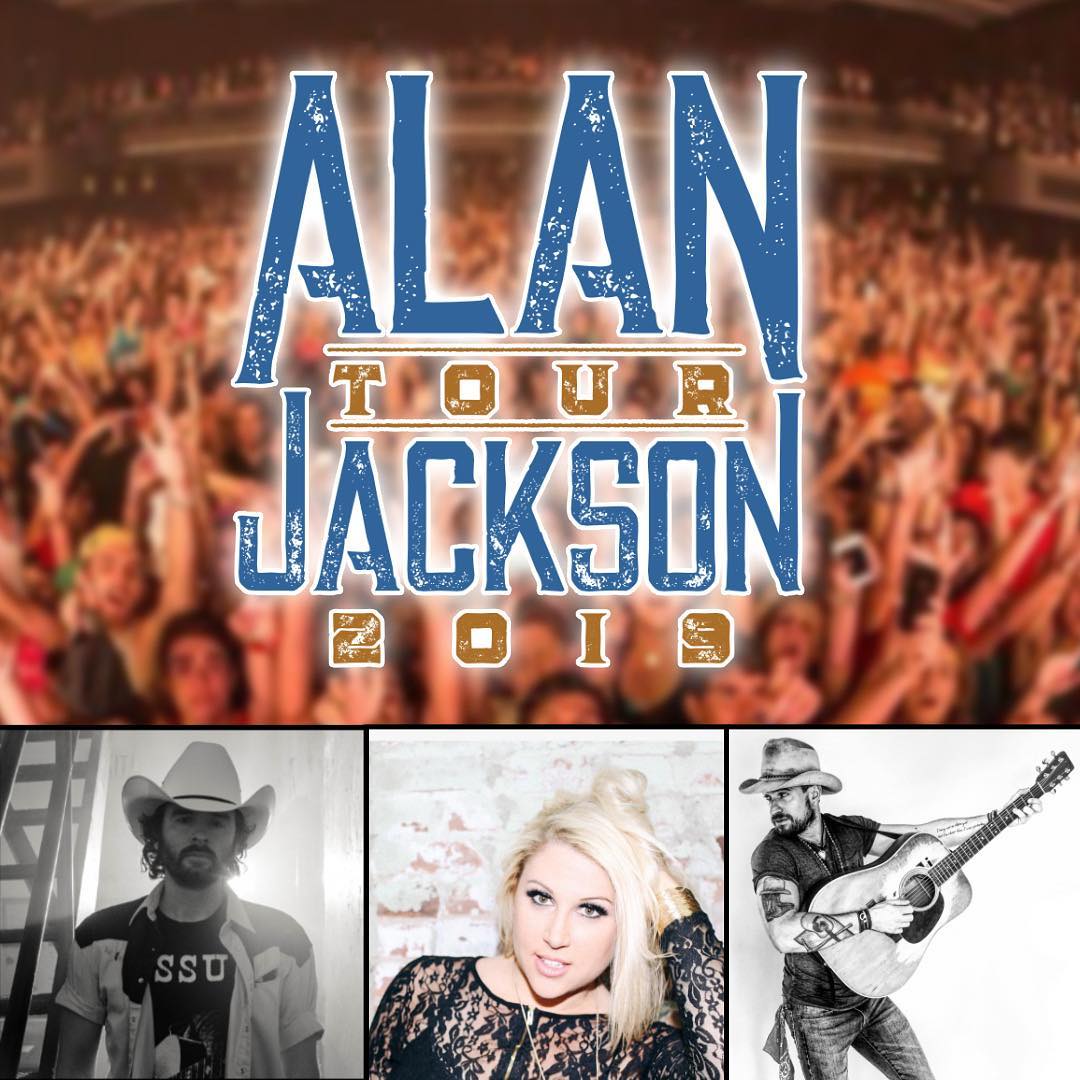 Congratulations to AJ's own James Carothers, Amanda Daughtry, & Jay Bragg for being picked to join Alan Jackson on his 2019 Tour!
Country Music Hall of Famer Alan Jackson will be hitting the road in 2019, bringing nearly three decades of hits to cities across America! The country music icon will hit the road beginning January 25, headlining arena concerts and amphitheater shows.  The country superstar will be bringing exciting talent on the road with him in 2019. Newcomer William Michael Morgan will be Jackson’s special guest on most shows; hitmaker Randy Houser will play the role on selected dates.
In addition to Morgan and Houser, many of Jackson’s shows will include a brief performance by aspiring singer-songwriters who’ve played AJ’s Good Time Bar, his self-owned honky-tonk on downtown Nashville’s famed “Lower Broadway.”  James, Amanda & Jay were hand selected for several dates and two 'Wild Card' slots will be filled by a fan voted online competition.  Not only will performers get to open the show they will also be playing during the VIP experiences prior to the show!
Tickets and information for all Alan Jackson 2019 Tour dates are available on the Tour Page, where you can find information about Alan, his tour schedule, music and more. Jackson is again teaming up with CID Entertainment to offer fans VIP experiences at many of his 2019 shows.

Alan Jackson’s touring history has taken him across America and to places far beyond, and his music has gained him fans around the globe. In 2019, he’ll continue his tradition of “keepin’ it country” for people far and wide as he brings nearly 30 years of hits to a city near you!