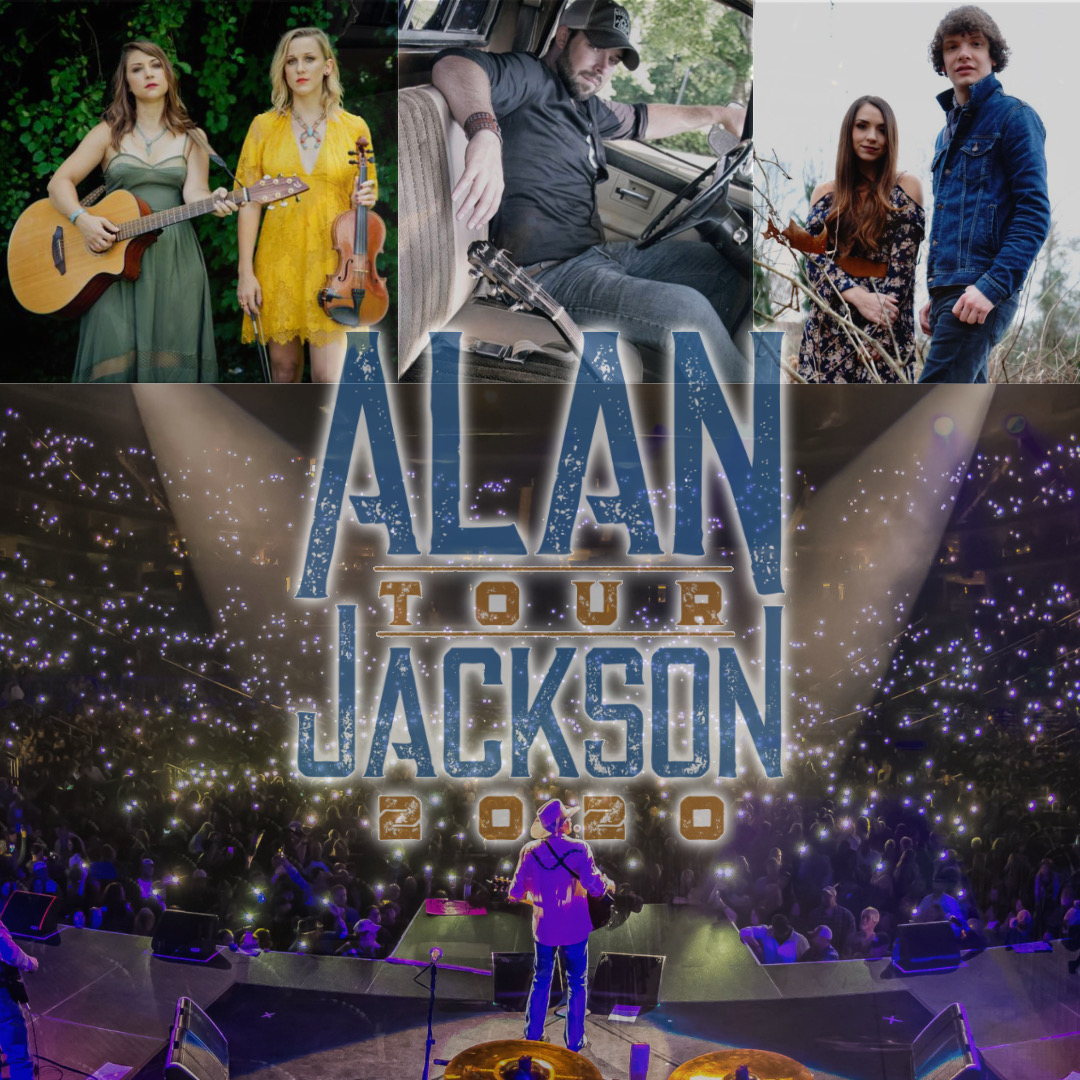 For a Second Straight Year, Emerging Talent from Jackson’s Nashville Honky-Tonk Will Join Him on the Road

(FOR IMMEDIATE RELEASE) Country music superstar Alan Jackson will continue his career-long tradition of showcasing new talent on tour by inviting artists from his Nashville honky-tonk, AJ’s Good Time Bar, to perform at several of his concerts for the second year in a row.

Three acts know to locals and those who visit Jackson's self-owned venue on Music City’s on Music City’s famed Lower Broadway – the duos Carolina Pine and Steel Blossoms and singer-songwriter Cory Farley – will each be featured at stops on Jackson’s 2020 tour. Each night, one will take the stage prior to Jackson’s special guest Tenille Townes (on most shows; schedule below).

Jackson has a long history of giving new talent their first chances to perform in front of arena-size crowds – artists who’ve been on one of their “first big tours” with Alan include Brad Paisley, LeAnn Rimes, Sara Evans, Chris Young and, more recently, Jon Pardi and Lauren Alaina. The Country Music Hall of Famer has been proud to provide such talent with an opportunity to perform in front of enthusiastic and welcoming crowds over the years. The inclusion of Carolina Pine, Cory Farley and Steel Blossoms will continue that tradition, while also giving audiences a sense of the music that can be experienced nightly at AJ’s, the bar rated “No. 1 Honky-Tonk in Nashville” by Billboard.

Alan Jackson’s concerts find the country icon performing hits that have gained him legions of longtime fans, songs that continue to draw new crowds as new generations discover his music. His repertoire stands the test of time; it has impacted all sorts of artists who cite Jackson as an influence…and has earned him his place alongside music’s greatest names in the Country Music Hall of Fame and the Songwriters Hall of Fame. Fans will hear the songs they love from the man who wrote them and made them famous – such enduring hits as “Here in The Real World,” “Chattahoochee,” “Drive,” “Gone Country,” “It’s Five O’Clock Somewhere” and many more.

Tickets for Alan Jackson’s 2020 Tour are available at alanjackson.com/tour, where you can find information about Alan, his tour schedule, music and more. VIP Experiences are also available for many of Jackson’s 2020 shows.

More Shows to Be Added!!

Tickets on sale now for all dates unless otherwise noted!