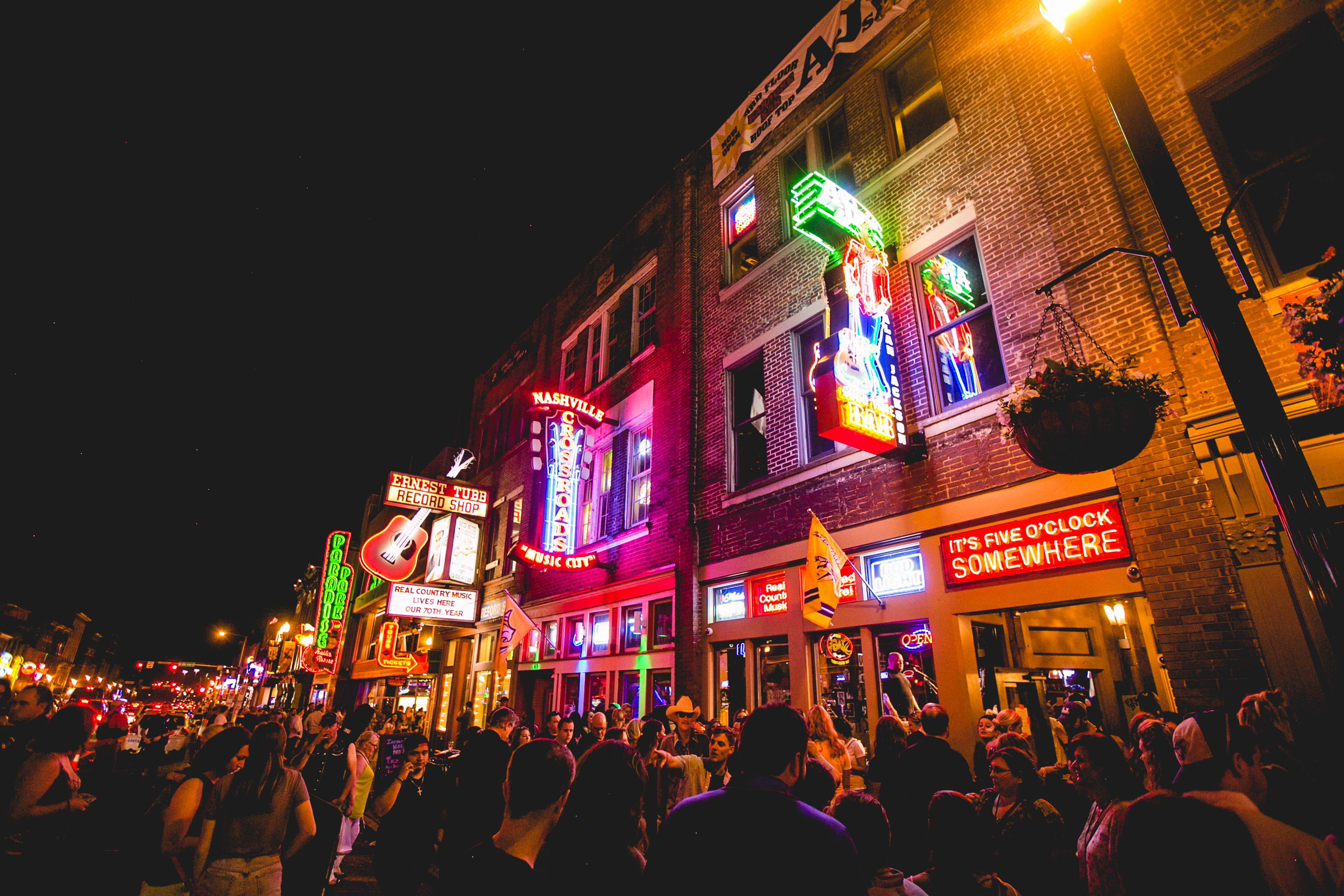 Many of country music’s most classic songs are set in a bar, so it should stand to reason that the club life is something that is very much a part of the format. Make a trip to Nashville restaurants, bars and clubs on any given night, and you are bound to see singers in the  doing their best to pay honor to songs such as Haggard, Brooks, or Cline. But, that doesn’t end in Nashville.

Any discussion of great country music clubs would not be complete without including a few from outside of Davidson County. So here are five of the top Nashville restaurants, bars and honky-tonks that cater to country music, and five from around the United States that will make you a country music fan for life.

This club – located just down the street from the Grand Ole Opry – has a definite old-school charm to it, as many of the format’s more legendary artists have played there – both before and after its’ recent remodeling. The food and ambience are second to none, and make sure that you don’t take the staff for granted when you visit. The most-famous employee to ever work at the Palace served as a cook, who would take off his apron long enough to hit the stage from time to time. He went by the stage name of Randy Ray in the early 1980s, but you know him best as Randy Travis!

It would be easy – given the massive size of the downtown Music City establishment – to become a little bit overwhelmed by the total scope of this club and all that it has to offer. But, if you want to see the stars in a Nashville bar, this is one of your best bets. The bar features many of the top performers in the business, and host many of the top benefits in town, as well. And, even if you might be swept away by how much there is for the eyes to see here, the always-friendly and accommodating staff will help navigate you around!

Originally called Mom’s, this legendary watering hole was purchased by Hattie Louise Bess, in 1960. Nicknamed “Tootsie,” the club took on her name – and the stories that have flowed from this building have been legendary – in addition to the suds. Faron Young, Willie Nelson, Patsy Cline, and Kris Kristofferson all got their introductions here. If you want to feel the historic atmosphere of the Nashville night life, this is by far your best bet. Just be prepared. There is hardly a day – or night that goes by – that doesn’t feature a packed crowd at this Country Music club. But, one can say that you took part in the Tootsie’s experience – and what a glorious one it is.

This holdover from old Nashville almost stands as something of a relic in the trendy and hip area of the city now known as “The Gulch,” but The Station Inn is much more. Almost every notable Bluegrass act of any semblance of relevance has played on its’ stage. But, this isn’t just some throwback place where the music takes a traditional slant. Go to any show at the Station Inn, and you will find one the coolest and chic restaurants and bars in Nashville – or anywhere for that matter. Country artists such as Dierks Bentley and Charlie Worsham have played there, and as if the Inn needed a selling point – they also have the best nachos in town. Trust us, you won’t be sorry!

This nightspot, which is owned by recent Country Music Hall of Fame member Alan Jackson, might be a little too new for some to accept on this list. But, when you walk in to the club – across the street from Tootsies’ and the Ryman, you immediately feel right at home. Jackson and his planners did a wonderful job in coming up with a place that has the same comfortable feel that one of the proprietor’s songs has. Since the opening earlier this year, AJ’s has become one of the top destinations for artists to look into playing – a trend should very much continue!

5 Best US Restaurants, Bars and Clubs:

What could likely be the prototype for the future of Country Music-themed nightclubs, the atmosphere here is as loud and as raucous as a B&R show. It’s well worth a stop next time you are in Vegas, but the club also pays a heartfelt tribute to America’s finest, with a special area designated to giving each soldier who visits their first drink on the house – a novel concept, and one that other such establishments might be wise to follow.

One of the more historic musical venues in the United States, this club was opened in 1924, and is legendary for featuring such performers as Bob Wills and the Texas Playboys, who broadcasted a live radio show from there from 1934 until 1942 on KVOO in Tulsa. For a period, the club closed in the 1960s, before re-opening in 1976. A couple of years later, the ballroom made headlines by hosting The Sex Pistols. A look on their upcoming calendar shows performances in the coming weeks from acts as varied as The Eli Young Band, The Turnpike Troubadours, and Americana favorite J.D. McPherson.

Located about three hours from Nashville on Interstate 40, this club continues to be one of the most aggressive in lining up headlining talent outside of Music City. A who’s who of artists have played this venue at all phases of their careers, and it usually proves a strong launching pad to developing a following in the Southeast.

Opened by the singer over two decades ago, this showplace is one of the premier nightspots for Country Music in the “Land of Milk and Honey.” And, though Owens passed away in 2006 – just hours after his final performance on this stage – the club remains a viable outlet for live music. Artists such as Dwight Yoakam, Cam, and Tyler Farr are on the schedule for November and December, and Owens’ backup band, The Buckaroos, can still be see on the Palace stage from time to time. The food is second to none, and the spot is worth a visit – if for no other reason – than to see the jaw-dropping amount of Owens-related memorabilia on the walls. It’s definitely a technicolor-blast back in time!

Simply put, there are Country Music clubs – and then, there is Billy Bob’s. Located in the historic Stockyards district in Fort Worth, whatever you are looking for in the way of nightlife, chances are pretty good you can find it at Billy Bob’s. Arcade games, billiards, and even the legendary mechanical bull – which has been tried by many musical acts – and even Victoria Principal and Priscilla Presley in a 1983 episode of Dallas – which filmed here from time to time. But, what sets this place apart from the rest is one of the most varied artist line-ups in the industry. Whether you are a relative newcomer such as Luke Combs or an iconic legend like Willie Nelson – Billy Bob’s is a unique spot in country music culture, and long may it reign!