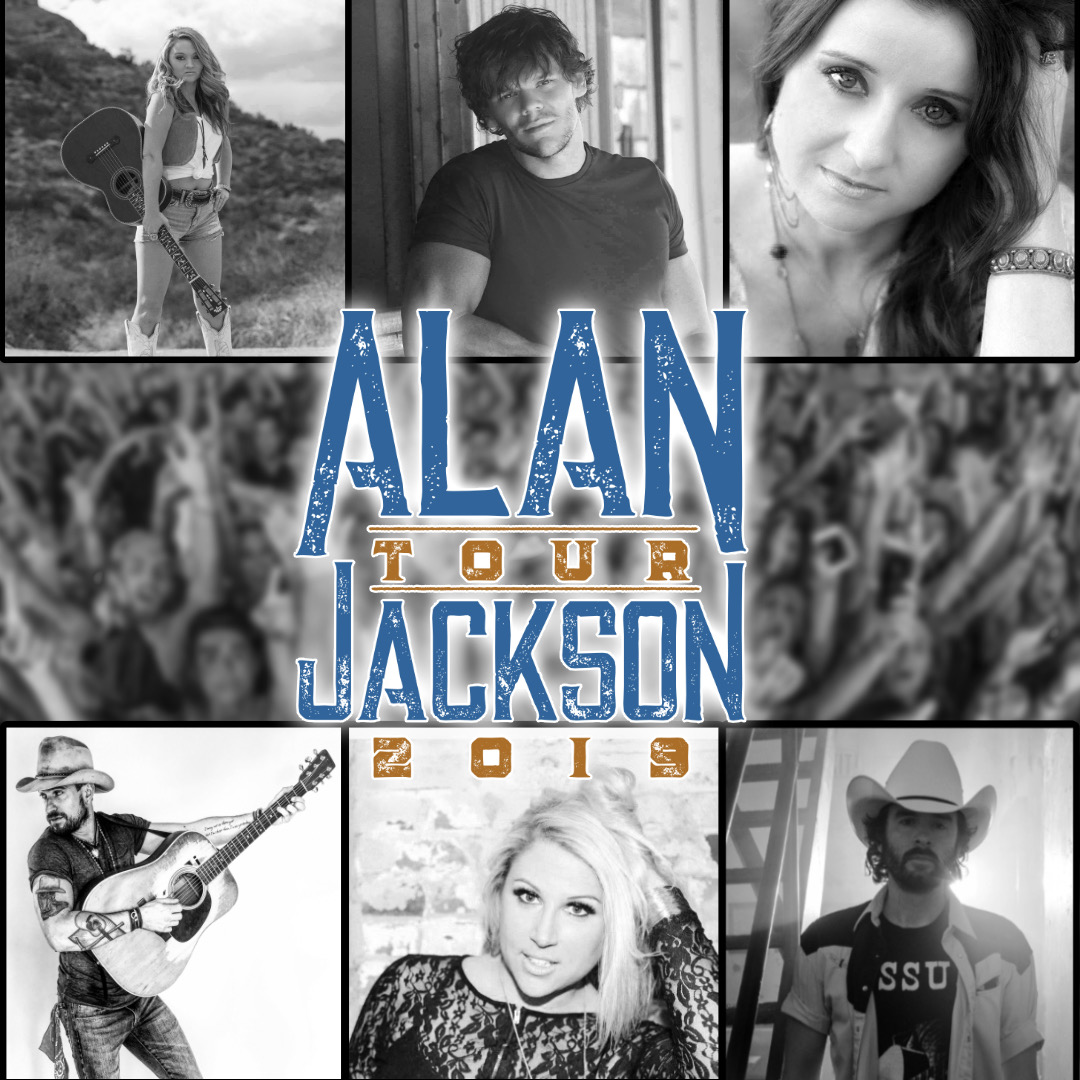 Aspiring artists Francelle, Martin McDaniel and Mindy Campbell have been added to the list of performers from AJ’s Good Time Bar in Nashville who will open for Country Music Hall of Famer – and AJ’s owner – Alan Jackson on tour. The three were winners of the venue’s recent fan-voted “Wild Card” contest that was to have awarded a pair of artists with slots on the tour. Public interest and fan response proved so high that three winners were named instead of two as originally planned! The three – who are all frequent performers at AJ’s – join previously-announced artists James Carothers, Amanda Daughtry and Jay Bragg.

Just as he does at his Good Time Bar on Music City’s Lower Broadway, Jackson is shining the spotlight on artists who embody the essence of true country music. Each of these regulars from the “No. 1 Honky Tonk in Nashville” (Billboard) will get the once-in-a-lifetime opportunity to be in front of Alan’s fans throughout the country (see detailed schedule below). In each city on his 2019 tour, one of these performers will get to open the show prior to Jackson and his special guest (William Michael Morgan in most cities; Randy Houser in select others).

Jackson has a long history of supporting new artists – Brad Paisley, Chris Young, Sara Evans, Jon Pardi and Lauren Alaina are just a few of the artists who could claim early in their careers to have opened for Alan. His concerts find the country icon performing hits that have gained him legions of longtime fans, songs that continue to draw new crowds as a younger generation discovers his music. An Alan Jackson concert is a night of songs you love from the man who wrote them and made them famous, including his debut hit “Here in The Real World”…signature songs such as “Chattahoochee,” “Drive” and “Gone Country”…party anthems “It’s Five O’Clock Somewhere” and “Good Time”…and many, many more.

Tickets and information about Alan’s tour – where each show will give fans a chance to experience a bit of AJ’s Good Time Bar – can be found at alanjackson.com/tour.

Francelle is a petite, powerhouse singer-songwriter from Canada’s East Coast who has already opened for Martina McBride, Easton Corbin, Midland, Maddie and Tae and Canaan Smith. This international sensation has performed for millions of viewers and quickly expanded her career on Canada’s Got Talent. She is a Nashville-based recording artist, world class yodeler and is working on her third studio album.

Growing up in the small town of Opp, Alabama, music was always a pillar in Martin McDaniel’s life. “I never really thought about whether or not I was going to play music; I just kind of did. It was something that was always a part of me,” he says. Since making the move to Nashville in 2008 to pursue his musical ambitions full time, Martin has been writing and playing music all around the country. His debut independent EP, 'Just The Beginning,' is available now!

A native of Loveland, Colorado, Mindy Ellis Campbell moved to Nashville to attend Belmont University and pursue music. Campbell got her start singing campfire songs on her family’s ranch just west of Loveland. She is married to country singer Craig Campbell – they have two daughters, Preslee and Kinni Rose.